Skip to content
Our heath depends on the health of our public lands, that’s why I’m working with a collation of veterans to protect them

Our heath depends on the health of our public lands, that’s why I’m working with a collation of veterans to protect them

September 19, 2018 Oped by Illinois State Rep. Linda ChapaVia If we don’t stand behind our natural resources, we risk losing them forever. That’s why I recently signed a letter with other lawmakers who are veterans, in support of the reauthorization of the Land and Water Conservation Fund (LWCF). Since its establishment by Congress in 1964, the LWCF has been […] 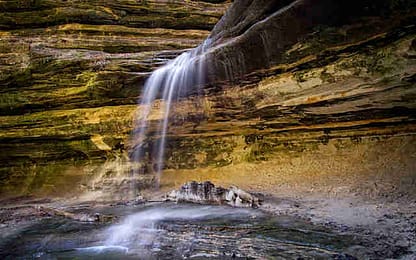 If we don’t stand behind our natural resources, we risk losing them forever. That’s why I recently signed a letter with other lawmakers who are veterans, in support of the reauthorization of the Land and Water Conservation Fund (LWCF).

Since its establishment by Congress in 1964, the LWCF has been a bipartisan commitment that safeguards our natural areas, water resources, and cultural heritage.

Protecting our environment is protecting our health. Asthma rates in our state are too high. Chicago ranked the sixth worst for asthma in the nation, in 2015. Air pollution exasperates the condition, especially for children and older adults. Ensuring that we protect our public places is vital for the health and well-being of all our citizens.

All American’s need clean air and water. That’s one of the reasons I’ll continue to work for a clean energy economy that creates jobs here. United States now has enough solar capacity installed to power over ten million homes, 26 times more capacity than we had installed at the end of 2010. Wind energy has fueled jobs in the Twin Groves Wind Farm project and other wind farms. We have the land to create more wind farms.

In order for us to protect our natural resources we all must work together. Veterans don’t distinguish each other by what political party we are affiliated with, we all stand by and with our Constitution. That’s why I’m proud to stand with over 50 bipartisan veterans who are lawmakers in support of the LWCF.

The Land and Water Conservation Fund has provided both recreational opportunities to all Americans and has been a source of revenue for states and local governments. Over the past 40-plus years, the LWCF program has provided more than $3.9 billion in grants funding projects in just about every county in the country.

Close to $17 Million has been allocated since 2002 from the LWCF to Illinois, millions more since the programs inception.

In 2008 Kane County Forest Preservation received a grant from the LWCF for $750,000 for the Muirhead Springs Acquisition. Other recent projects since then, that also received $750,000, have been for Glenview Park, The Englemann Farm Park Acquisition, Jay Woods, Bailey’s Woods, Gray’s Lake Park, the Nippersink Canoe Base Acquisition, Dering Lane Park and the Hastings Lake Acquisition. Other smaller grants have also gone to projects in all of our counties. Many of our public projects are partially dependent upon this fund. We must do all we can to ensure it continues.

You’ve probably been to a park, nature reserve, beauty spot or veterans’ memorial that has been funded with LWCF grants. We enjoy kayaking, canoeing, swimming, picnicking, and just being able to relax in our parks, supported by LWCF funds.

A Bureau of Economic Analysis study found that outdoor recreation contributes $887 billion and supports 7.6 million jobs across America. Every $1 of LWCF funds invested results in a return of $4 in economic value.

Our land is intrinsic to who we are as a people.

But now the LCWF is in jeopardy of not being reauthorized even though the U.S. House of Representatives, passed H.R.6147 – Interior, Environment, Financial Services, and General Government Appropriations Act, of 2019, which provides some support for the LWCF. The problem is that the U.S. Senate has not completed its review of the legislation, and while Secretary Zinke has publicly expressed his support for the fund, he has also proposed a 95 percent cut to the fund’s budget.

LWCF needs reauthorization by Congress by September 30th. That’s why our bipartisan letter is to Secretary Zinke. Our national parks, national forests, monuments, wildlife refuges and state projects are in jeopardy of being lost. We believe a strong showing of bipartisan support from state lawmakers, who are also veterans, can help secure Secretary Zinke’s support for reauthorization of the LWCF and thereby that of Congress.

My military brothers and sisters have banded together as lawmakers to stand with our country defending our public lands. As the saying goes—if you don’t stand for something—you’ll fall for anything. We can’t afford to lose our cultural heritage, our public lands, by falling for false promises.