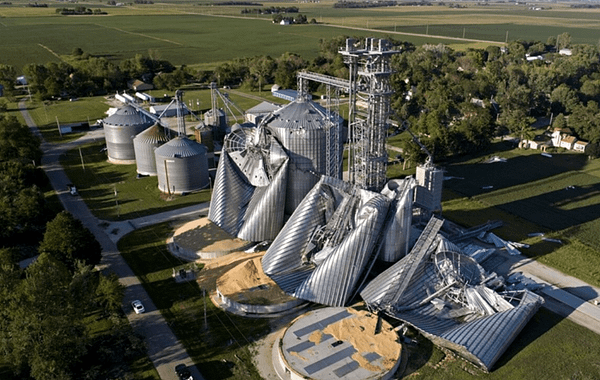 An inland hurricane tore through Iowa – you likely didn’t hear about it.

By STEVE MISTLER • Aug 13, 2020All Things Considered with Nora Flaherty Article from Maine Public Broadcasting: Listen HERE In a devastating blow to opponents of Central Maine Power’s controversial powerline proposal, the Maine Supreme Judicial Court ruled Thursday that a ballot initiative designed to scuttle the $1 billion project is unconstitutional. The ruling all but ensures that the referendum will not appear on the November ballot, leaving the project’s many detractors to continue the fight on the permitting and legislative front. The law court’s 30-page ruling stunned supporters of a ballot initiative that many hoped would deal a lethal blow to a 145-mile transmission line cutting through western Maine as part of a deal with Massachusetts. The project, known […]

Oped by Sue Ely, a clean energy attorney for the Natural Resources Council of Maine and Nick Bennett, a NRCM staff scientist. The Central Maine Power corridor proposal would be one of the most damaging projects in Maine history. It would forever harm the state’s brook trout habitat and irreparably scar the North Woods — a globally significant forested landscape […]