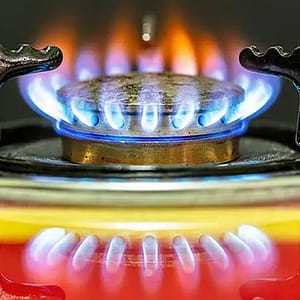 Offshore wind has the potential to provide more than 2,000 gigawatts (GW) of energy in the United States — two times the present generation of the entire U.S. electric grid, according to a National Renewable Energy Laboratory estimate.

“Offshore wind has the potential to be the biggest lever that we can pull to reduce our emissions, address the climate crisis, meet our energy needs, and grow our economy simultaneously. It’s poised to become a $1 trillion industry by 2040, creating thousands of good-paying jobs, providing clean renewable energy, and spurring economic growth, Elected Officials to Protect America fully supports the responsible buildout of offshore wind for America and sees it as a key component to solving the climate crisis,“ said Dominic Frongillo, Executive Director and Co-Founder of Elected Officials to Protect America . . . read more HERE.

Explore our videos, and documentaries

From California to Maine elected officials share their stories with us about how they are working to combat the climate crises in their communities, state and nation.

Eduardo Martinez, vice mayor of the city of Richmond, home to a Chevron refinery, supports a windfall tax and a drilling tax.

“It’s apparent that this situation is the consequence of the five big oil refiners in California who make 97 percent of the gasoline – controlling the supply to artificially drive up prices,” Martinez said. “A windfall profits tax solution that takes excessive profits out of the hands of oil corporations and puts money back into the hands of consumers surely deserves a special session.”

For the radio report go HERE.

“Devin Murphy, mayor pro-tem of the City of Pinole, north of San Francisco, said Democratic leaders promised to support the proposal in exchange for Manchin’s vote on the Inflation Reduction Act..

“The deal that Sen. Manchin made would undo many of the new gains that this legislature just enacted,” Murphy asserted. “It really turns back the clock, and we can’t afford that here in California.”

For the radio report go HERE.

Mary Lupin, vice president of the Rochester City Council, feels it would be a match for Western NY

“Industry has left. We used to be a huge manufacturing city, and we still have many of the bones of factories and industrial areas that could be built back up to support this industry,” Lupin contended.

In addition to new jobs, it would make wind turbine parts more easily accessible to the city.

For the radio report go here.

Explore podcasts from the City Climate Corner as they explore how small and mid-sized cities are tackling climate change and moving toward an equitable and sustainable future.

Explore podcasts from the Listening Project on the environmental fight in the refinery port city of Richmond, CA. From Chevron refinery’s toxic pollutants and the cleaning up of hazardous materials and from the former Zeneca site to the fight over the Point Molate shoreline, environmental concerns have shaped politics and conversations in Richmond for decades. These podcasts explore the issue.

A partnership with PUBLIC NEWS SERVICE allows us to share important RADIO news reports from across the country on the climate crisis and action being taken.