Let’s Save Our Public Lands by Felix Ortiz

September 19, 2018 Oped by New York State Assembly Assistant Speaker Felix W. Ortiz (NY) Bold action is needed now to mitigate climate change. If we miss this opportunity to enact clean energy laws today, our children may face serious consequences. If we miss any opportunity to protect our environment, our children will suffer. That’s why I’m proudly standing with […] 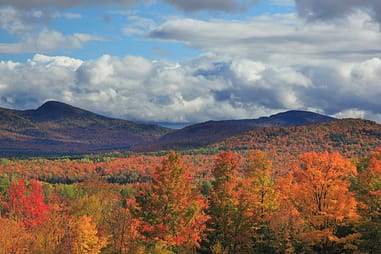 Bold action is needed now to mitigate climate change. If we miss this opportunity to enact clean energy laws today, our children may face serious consequences. If we miss any opportunity to protect our environment, our children will suffer. That’s why I’m proudly standing with over 79 veterans who are lawmakers to protect America’s public lands. Together, we’ve signed a letter to Interior Secretary Zinke in support of the reauthorization of the Land and Water Conservation Fund (LWCF).

The disastrous effects of climate change storms like Hurricane Sandy, Maria and now Florence left a path of destruction and many homeless. Harsh winters, intensive flooding, increasing temperatures and continued sea level rising all threaten our lives and livelihoods, our communities and infrastructure. We must be proactive in leading the way to protect the environment. We must protect the future of our children and grandchildren. We must protect our public lands.

Companies whose profits depend on damaging our climate should not receive two cents from New York. Our investment strategies should mirror the state’s public policies. That’s why I wholeheartedly want to ensure that the state’s pension fund monies no longer line the pockets of those who profit from fossil fuels. We must divest from coal companies to help ensure our children and grand children will be able to breath fresh air. Continuing funding for the LWCF will do the same. If the upkeep of our public spaces evaporates—part of our heritage—part of the American soul will disappear.

The only way to achieve results is to work with others. Our Climate and Community Protection Act mandates that New York reach 100 percent renewable energy economy-wide by 2050, while setting standards in place to protect workers and climate-vulnerable communities. A statewide coalition of 143 labor unions, community groups, and environmental organizations has given the plan momentum, as these are diverse groups that have banded together.

In order for us to protect our natural resources we all must work together. Veterans don’t distinguish each other by what political party we are affiliated with, we all stand by and with our Constitution.

Even though Secretary Zinke has publicly expressed his support for the fund, he has also proposed a 95 percent cut to the fund’s budget. That’s right—95 percent of it’s current budget. That would devastate our public lands.

The LWCF has provided recreational opportunities to all Americans and has been a source of revenue for states and local governments. Over the past 40-plus years, the LWCF program has provided more than $3.9 billion in grants funding projects in just about every county in the country.

You’ve probably been to a park, nature reserve, beauty spot or veterans’ memorial that has been funded with LWCF grants. We enjoy kayaking, canoeing, swimming, picnicking, and just being able to relax in our parks, supported by LWCF funds.

Hundreds of construction and maintenance projects that have helped save many of our our parks through the federal Land and Conservation Fund (LWCF). Since 2002, New York State has received over $33 million in grants from the LWCF.

For many, trips to a national park have become annual pilgrimages connecting families with our country’s roots while creating lasting memories. Liberty shines brightly guiding the way for millions every year in part, due to LWCF funding.

Since its establishment by Congress in 1964, the LWCF has safeguarded our natural areas, water resources, and cultural heritage. Fighting for greater protections for our environment has always been a priority for me.

Our character as a nation is in jeopardy of being lost if we don’t take care of our public lands, not to mention the economic loss we’d have to endure if we fail to maintain the infrastructure in our parks. A Bureau of Economic Analysis study found outdoor recreation contributes $887 billion and supports 7.6 million jobs across America. Every dollar of LWCF funds invested results in a return of $4 in economic value.

Our land is intrinsic to who we are as a people. I’m proud to be working with my military brothers and sisters in the Elected Officials to Protect America’s Lands, who have banded together as lawmakers, to defend and protect our public lands. We see this as a bipartisan issue. As the saying goes—if you don’t stand for something—you’ll fall for anything. We can’t afford to lose our cultural heritage, our public lands, by falling for false promises.