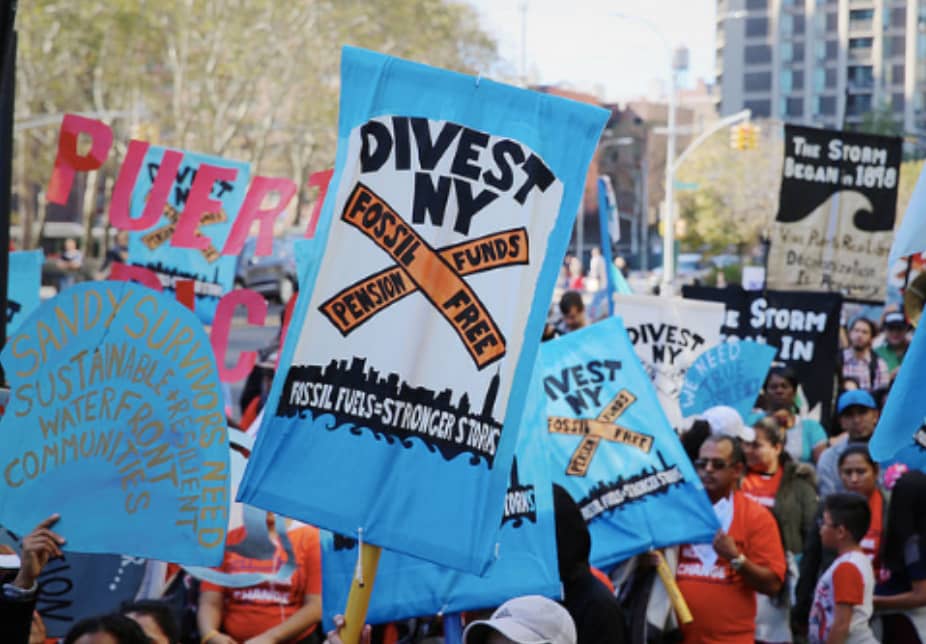 Planet Earth is experiencing a climate crisis. The actions we take now as a society will impact the quality of life for future generations.

Greenhouse gases are produced by burning natural gas, oil and coal (fossil fuels). These gases rise into the atmosphere where they trap the warmth of the sun’s rays, increasing the temperature of the planet and leading to climate change. The effects of climate change are felt worldwide.

In New York, unpredictable weather patterns and severe storms are affecting food production, raising the sea level, diminishing air quality and decreasing the availability of safe, habitable land. We need to take every action possible to mitigate continued damage to the environment.

The negative impact of greenhouse gases on the environment is indisputable. To protect our environment, our dependence on fossil fuels and investment in companies that produce and promote fossil fuels must end. To achieve this goal, I’ve introduced the Fossil Fuel Divestment Act in the New York State Assembly. It requires the state employee pension fund, called the Common Retirement Fund, to divest monies from fossil fuel companies.

Fossil fuel divestment is an action that’s been taken by over 1,000 institutions worldwide including philanthropic organizations, universities, non-profits, faith-based organizations and national and state pension funds.

The Fossil Fuel Divestment Act also falls in line with New York’s commitment to clean energy. I co-sponsored the Climate Leadership and Community Protection Act of 2019, which includes a goal of reaching a 40 percent reduction (relative to 1990 levels) in greenhouse gas emissions by 2030 and net zero emissions by 2050.

Continuing to invest state retirement funds in companies that produce fossil fuels is counter to the ambitious environmental goals New York has set for itself.

In addition to the societal and environmental responsibilities New York has regarding divestment from fossil fuel companies, there is also the fiduciary responsibility to the investors who contribute to the Common Retirement Fund.

As the worldwide commitment to sound environmental practices grows, companies involved in fossil fuels will lose value, making them a poor long-term investment. The earlier funds are disengaged from fossil fuel companies, the less loss is likely to be experienced.

As a climate action leader state, New York needs to add the Fossil Fuels Divestment Act (A.1536/S.2126-A) to its progressive environmental agenda. We have an obligation to future generations to leave them a habitable, healthy planet.

It’s my priority to work hard in Albany in the 2020 session to enact more progressive legislation to make Planet Earth a safe place to live and work now and for the generations ahead.