Skip to content
To protect our public lands, we must protect the Interior Department from Bernhard

To protect our public lands, we must protect the Interior Department from Bernhard

March 24, 2020 Oped by New York State Assembly Assistant Speaker Felix W. Ortiz When I’m not at my desk working, I’m out in the community. Being with people, hearing their dreams, concerns and needs makes me proud and humble to be working for them. But I’m worried as intensive flooding, increased temperatures, and continued sea levels rising threatens […] 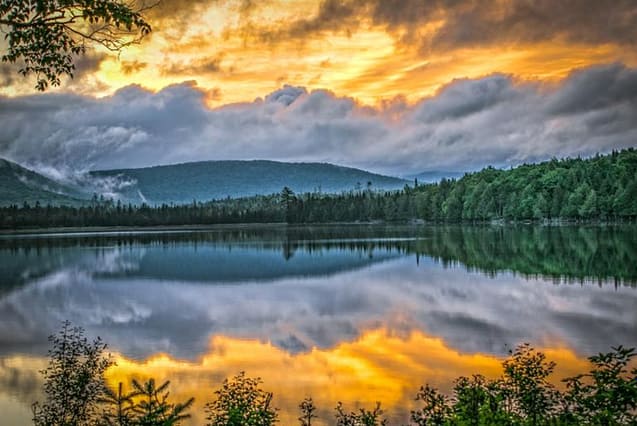 When I’m not at my desk working, I’m out in the community. Being with people, hearing their dreams, concerns and needs makes me proud and humble to be working for them. But I’m worried as intensive flooding, increased temperatures, and continued sea levels rising threatens our communities and challenges our infrastructure. We know all too well that New York City is vulnerable. We must to everything we can to make sure extreme weather events like Superstorm Sandy or Maria don’t become regular occurrences.

We must be proactive.

Last summer, 80 of us, signed and sent a letter to the Interior Secretary in support of reauthorizing the Land and Water Conservation Fund. A week after we held congressional meetings with senators on Capitol Hill the LWCF funding bill, that had been languishing in committee, was approved. Now it’s the law of the land.

But the President’s nominee for Interior Secretary, David Bernhardt, is an ex- oil lobbyist with deep ties to corporate polluters. In a year and a half, Bernhardt has made his mark on public lands by reversing key Obama-era climate change policies, and more recently, prioritizing oil and gas drilling at the expense of furloughed government employees.

Bernhardt’s has too many conflicts of interest and his recent deeds clearly show his loyalties are not with the American public. He should not be appointed.

LWCF has provided recreational opportunities to all Americans and has been a source of revenue for states and local governments as well as a huge job creator. Over the past 40-plus years, the LWCF program has provided more than $3.9 billion in grants funding projects in just about every county in the country.

People in my district count on being able to enjoy our parks. They are community centers of joy as children are given opportunities to run around unheeded by traffic and the stress sometimes city life imposes. LWCF has helped to maintain our parks and build infrastructure projects in them, since its inception. Since 1964, the LWCF has safeguarded our natural areas, water resources, and cultural heritage. Every dollar of LWCF funds invested results in a return of $4 in economic value. Hundreds of construction and maintenance projects for our parks are funded by the LWCF. Since 2002, New York State received over $33 million in LWCF grants. Bernhardt would like to get rid of the LWCF.

As veterans, one of the rights we fought for is the freedom of access for all Americans to our revered public lands. Protecting our public lands, helps protect our ecosystems, mitigating climate change.

America’s public lands are national treasures and must be managed with care to serve our national interest. We can find a balance between smart development and conservation rather than giving handouts to oil, gas and mining interests. New York is on the road to divest from coal companies, thereby helping to protect our public lands from exploitation.

Our Climate and Community Protection Act mandates that New York reach 100 percent renewable energy economy-wide by 2050, while setting standards in place to protect workers and climate-vulnerable communities. Changing to clean energy solutions is helping. But our situation is tenuous and more needs to be done. A federal and a UN report stated that if we don’t mitigate climate change there will be more catastrophic weather events. Without protections and investments for our public lands, climate change will worsen.

The Department of the Interior Secretary should uphold the agency’s mission to protect our public lands for future generations. Join me in fighting to keep Bernhard from stealing our birth right to access America’s public lands. Protecting our public lands is our first line of defense against climate change.