By Alexis Shanes. Published, with great slide show, in: NorthJersey.com.   July 31,2020 PSEG Power on Friday announced it would explore selling its fleet of fossil fuel-burning power plants, turning toward zero-carbon generation and clean energy investments as investor preferences shift. The company previously set a goal to attain net-zero carbon emissions by 2050, the deadline in New Jersey’s 2019 […] 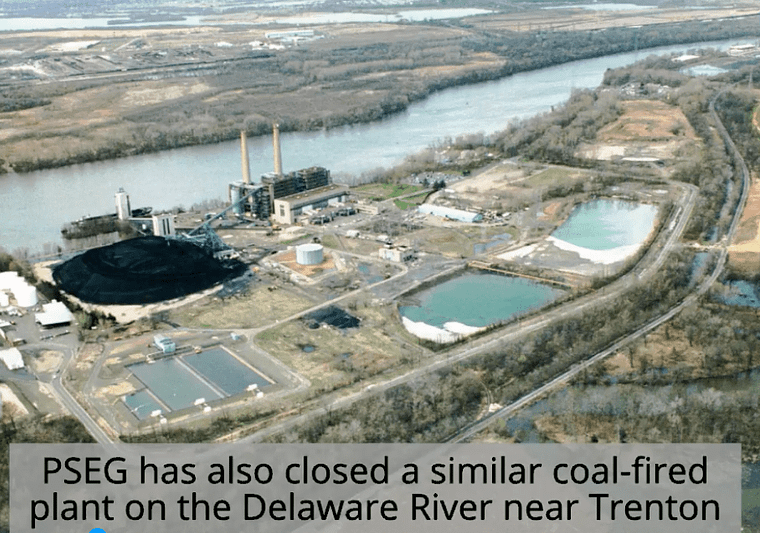 “Our intent is to accelerate the transformation of PSEG into a primarily regulated electric and gas utility,” PSEG President and CEO Ralph Izzo said in a statement, adding that the separation would reduce the company’s business risk and improve its credit profile.

The company is “in the preliminary stage of this evaluation,” according to a statement released Friday morning, but should complete the exit sometime in 2021.

The decision will not affect PSE&G or PSEG Long Island customers.

The announcement came as the company reported $451 million in net income during the second quarter of 2020, up from $153 million during the same period in 2019.

“This is a paradigm shift for New Jersey,” said Jeff Tittel, New Jersey Sierra Club director. “Our largest utility is divesting itself of fossil fuels because they believe that they aren’t a good investment compared to investing in clean and renewable energy.”

PSEG’s fossil generating stations, a group of natural gas-, coal- and oil-fired units, are in New Jersey, New York, Maryland and Hawaii. They have more than 6,750 megawatts of fossil fuel generation capacity, enough to power millions of homes.

The second largest of those stations is Bergen Generating Station in Ridgefield, which produces 1,229 megawatts of electricity output. The station is the largest producer of toxic air emissions in New Jersey and ranks among the top producers of greenhouse gases in the state.

With the sale of its fossil fuel assets, PSEG will turn to its $3.5 billion Clean Energy Future filing, which centers around investments in electric vehicle infrastructure, energy efficiency and battery storage.

The company indicated it would retain its nuclear power plants in southern New Jersey, noting that the fleet “is necessary for New Jersey to meet its long-term carbon reduction goals” and is a “cost-effective source of zero-carbon electricity.”

PSEG has received billions of dollars in nuclear subsidies from the state Board of Public Utilities. Regulators last year approved $300 million in subsidies for the state’s nuclear generators. PSEG was the primary beneficiary.

The company is also considering investing in offshore wind. The Board of Public Utilities last year selected the Denmark-based power company Ørsted to develop a 1,100-megawatt offshore wind farm 15 miles off the coast of Atlantic City.

PSEG is a development partner in the project and will decide later this year whether to invest in it. The wind farm is expected to become operational in 2024 and power half a million homes.

Alexis Shanes is a local reporter for NorthJersey.com.