Rep. Sheehy is fighting to keep the lakes free of the green algae blooms in Ohio made worse by chemicals from agricultural runoff.   Oped by Ohio State Rep. Michael Sheehy, Published on Aug. 18, 2018 in the BLADE   Created by Congress in 1964, the Land and Water Conservation Fund (LWCF) is a bipartisan commitment to our natural areas, water resources, […] 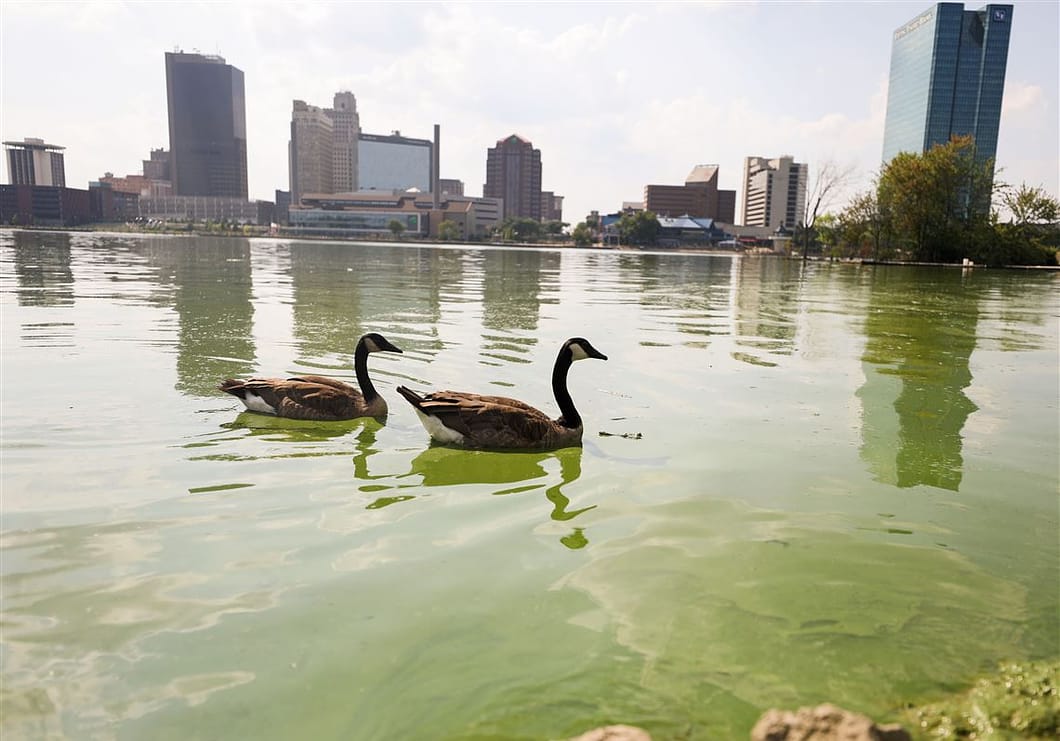 Rep. Sheehy is fighting to keep the lakes free of the green algae blooms in Ohio made worse by chemicals from agricultural runoff.

Created by Congress in 1964, the Land and Water Conservation Fund (LWCF) is a bipartisan commitment to our natural areas, water resources, and cultural heritage. That’s why I’ve joined a national coalition of 45 elected U.S. Military veterans standing up for the fund against attacks on American public lands.

The LWCF has a proven record of accomplishment as one of our most successful conservation programs, drawing on funds from offshore oil and gas royalties — not taxpayers — to develop and preserve natural ecosystems. However, LWCF is set to expire September 30 without a reauthorization from Congress. The U.S. Senate has not yet come to a final decision, and while Secretary Zinke has offered a few statements of support for the fund, he has also proposed cutting it by 95 percent.

In Columbus, I represent Lucas County’s 46th House District, where respect for the land and its blessings is a virtue. I introduced House Bill (HB) 460 to relieve the property tax burden on farmers who volunteer their land for the development of healthy, natural life along Ohio waterways. I also worked with both agriculture and environmental groups to develop HB 655, establishing enforceable limits on unsafe nutrient pollution.

However, the people of northwest Ohio still need the support of the U.S. Government to protect our precious natural resources. If Congress and Secretary Zinke cannot find the value in protecting the healthy, natural ecosystems set aside for all Americans to enjoy, Americans will not see the value in keeping them in office.

My military brothers and sisters have banded together as lawmakers to defend the heritage passed down within these monuments as America’s natural blessings. I’m proud to stand with them and urge Congress to do the same.

Michael P. Sheehy, a U.S. Army veteran and University of Toledo graduate, is a state representative from Oregon, Ohio, and a former railroad worker of 40 years.