March 22, 2019 Oped by Arizona State Rep. Mark Cardenas Veterans don’t distinguish each other by which political party we are affiliated with; we stand by and with our Constitution. I consider it my duty to stand by our public lands, protecting them for future generations. But under the Trump administration public lands have been sold off for oil […] 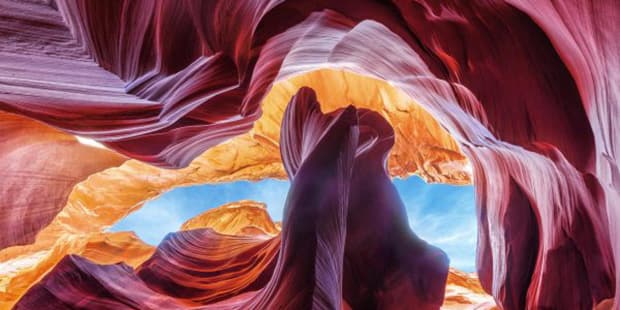 Veterans don’t distinguish each other by which political party we are affiliated with; we stand by and with our Constitution. I consider it my duty to stand by our public lands, protecting them for future generations.

But under the Trump administration public lands have been sold off for oil and gas development in Arizona. In September, the Department of Interior’s Bureau of Land Management, leased land to energy companies within three miles of Petrified Forest National Park, dangerously near a habitat for a federally threatened fish called the Little Colorado spine-dace. Fracking or drilling could be catastrophic for the region’s groundwater. Fracking consumes enormous amounts of water and threatens wildlife, farmlands and public health.

President Theodore Roosevelt established approximately 230 million acres of national forests and parks, wildlife reserves and 18 national monuments. He once said, “I recognize the right and duty of this generation to develop and use the natural resources of our land, but I do not recognize the right to waste them, or to rob, by wasteful use, the generations that come after us.”

Our national legacy of publicly owned lands makes America unique, we cannot allow them to be be sacrificed to oil and gas interests.

The Trump administration’s acting Interior Secretary David Bernhardt used the government shutdown to ignore laws that protect our air, water, wildlife and public lands. The shutdown rolled out a welcome mat for the oil and gas industry, while breaking multiple federal laws. The Department of the Interior’s Bureau of Land Management never stopped unpaid workers from issuing public lands permits to special interests for development.

Bernhardt, an ex- oil lobbyist with deep ties to corporate polluters, is the architect behind the insistent attacks on our public lands. Since he’s been at the department Bernhardt has made his mark on public lands by reversing key Obama-era climate change policies, and prioritizing oil and gas drilling. He has a solid track record of doing favors for his industry friends at our expense.

The people of Arizona maintain a special relationship with our environment that transcends ideology, party, and socio-economic station. That’s why I stand with the Elected Officials to Protect America’s Lands. We are the only group of serving elected officials who are also veterans, dedicated to preserving and protecting America’s public lands for all. By doing so we are continuing the Constitutional vows, we take as veterans and elected officials, to preserve and protect our nation.

Last summer, 80 of us, signed and sent a letter to the Interior Secretary in support of reauthorizing the Land and Water Conservation Fund (LWCF). A week after we held congressional meetings with senators on Capitol Hill the LWCF funding bill, that had been languishing in committee, was approved. Recently the Senate passed sweeping conservation legislation which included LWCF funding. In a true bipartisan act Sens. Kyrsten Sinema, a Democrat, and Martha McSally, a Republican, were united in passage of the bill.

Now it is the law of the land.

For half a century, bipartisan support of LWCF has helped a broad spectrum of conservation needs while expanding recreation access for hunting, fishing, swimming and other public use. Over $4.2 billion has been made available to state and local governments to fund more than 43,000 conservation projects throughout the U.S. from the LWCF, since 1965.

Arizona has received $239.5 million from the fund over the years. From community playgrounds and ballfields to Arizona’s iconic national parks, wildlife refuges, and historic sites, LWCF has protected places like the Grand Canyon and Saguaro National Parks, Coconino National Forest, and Lake Mead National Recreation Area through the federal programs, and places like Lost Dutchman and Patagonia Lake State Parks through the state and local programs.

One of the rights we veterans fought for is the freedom of access for all Americans to our public lands.

The Department of the Interior Secretary should uphold the agency’s mission to protect our public lands for future generations. Bernhardt’s policies will rob present and future Americans of their right to enjoy their public-lands legacy, if we don’t take action.

Call on Sen. Sinema and Sen. McSally asking them not to confirm Bernhardt. We must unite and take action.