Skip to content
If we don’t stand behind our natural resources, we risk losing them forever

If we don’t stand behind our natural resources, we risk losing them forever

March 25, 2019 Oped by State Sen. David Parks (NV) The people of Nevada maintain a special relationship with our environment that transcends ideology, party, and socio-economic station. Recreating in our public lands can bring us closer to our families and friends. Surrounded by a breathtaking landscape recharges our batteries, renewing our souls. President Theodore Roosevelt established approximately 230 […] 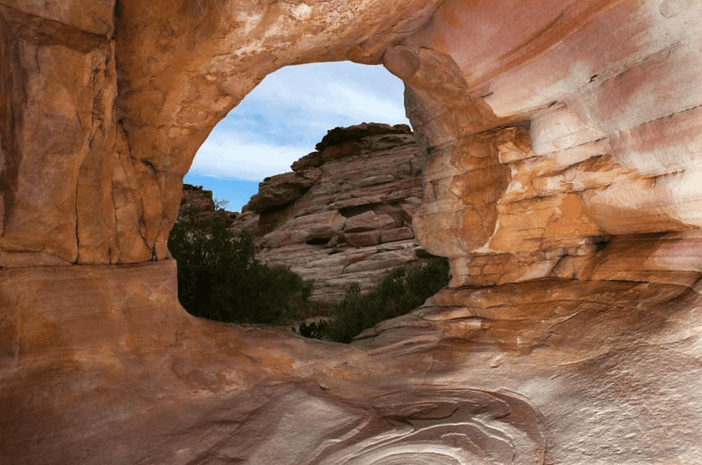 The people of Nevada maintain a special relationship with our environment that transcends ideology, party, and socio-economic station. Recreating in our public lands can bring us closer to our families and friends. Surrounded by a breathtaking landscape recharges our batteries, renewing our souls.

President Theodore Roosevelt established approximately 230 million acres of national forests and parks, wildlife reserves and 18 national monuments. He once said, “I recognize the right and duty of this generation to develop and use the natural resources of our land, but I do not recognize the right to waste them, or to rob, by wasteful use, the generations that come after us. Conservation is a great moral issue, for it involves the patriotic duty of insuring the safety and continuance of the nation.”

Our national legacy of a million square miles of publicly owned lands makes America unique, but it’s being sacrificed to oil and gas interests, under the President’s nominee for Interior Secretary, David Bernhardt, an ex- oil lobbyist with deep ties to corporate polluters.

In a year and a half, Bernhardt has made his mark on public lands by reversing key Obama-era climate change policies, and more recently, prioritizing oil and gas drilling at the expense of furloughed government employees. He has helped narrow habitat protections for endangered species, and is pushing California to divert more of its water from conservation.

He has a solid track record of doing favors for his industry friends at our expense. Bernhardt’s ties to the fossil fuel industry are so numerous, he is rumored to have to carry a card with him to keep track of his potential conflicts of interest. Bernhardt’s has too many conflicts of interest and his recent deeds clearly show his loyalties are not with the American public.

Under his direction government shutdown rolled out a welcome mat for the oil and gas industry, while breaking multiple federal laws, and running over our rights. He should not be appointed.

During the shutdown our National Parks lost an estimated $400,000 a day in entrance fees. Before the shutdown the park service already had a massive $11 billion maintenance backlog.

That’s why I stand with the Elected Officials to Protect America’s Lands. We are the only group of serving elected officials who are also veterans, dedicated to preserving and protecting America’s public lands for all. By doing so we are continuing the Constitutional vows, we take as veterans and elected officials, to preserve and protect our nation.

Last summer, 80 of us, signed and sent a letter to the Interior Secretary in support of reauthorizing the Land and Water Conservation Fund (LWCF). A week after we held congressional meetings with senators on Capitol Hill the LWCF funding bill, that had been languishing in committee, was approved. Recently the Senate passed sweeping conservation legislation which included LWCF funding. Now it is the law of the land.

Nevada’s national parks garner over five million visitors each year. Since 2002 alone Nevada has received over $7 million in LWCF funds for projects.

Over $4.2 billion has been made available to state and local governments to fund more than 43,000 conservation projects throughout the U.S. from the LWCF, since 1965.

America’s public lands are national treasures and must be managed with care. One of the rights we veterans fought for is the freedom of access for all Americans to our public lands. I believe it is our duty to stand up for future generations.

If we don’t stand behind our natural resources, we risk losing them forever.

The destructive policies of Bernhardt will rob present and future Americans of their right to enjoy their public-lands legacy, if we don’t take action.  So, make sure he does not become the Sec. of the Interior.