BY MATT PETERSEN, OPINION CONTRIBUTOR — 07/30/20 in The Hill   © Getty Images As our nation continues to reel from the impacts of the COVID-19 pandemic, it has become clear that getting America back to work as safely and as quickly as possible is the key to surviving the current crisis and thriving in the future. Stimulus measures under consideration […] 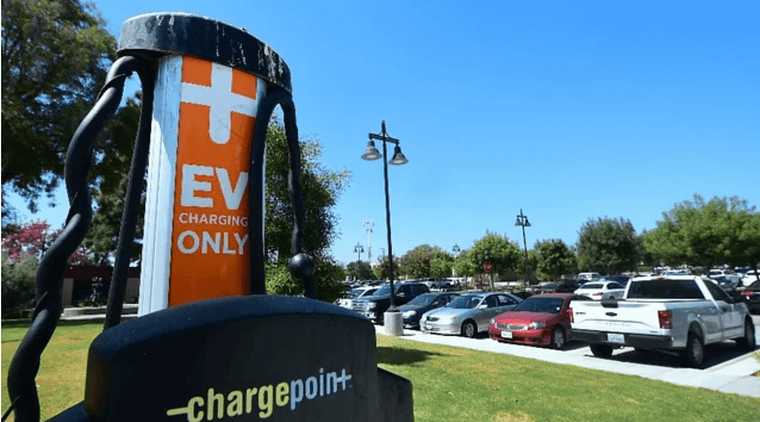 As our nation continues to reel from the impacts of the COVID-19 pandemic, it has become clear that getting America back to work as safely and as quickly as possible is the key to surviving the current crisis and thriving in the future.

Stimulus measures under consideration in Congress have to be bold, sweeping and comprehensive if we want to create jobs, unleash innovation and protect public health as we try to restart the U.S. economy. In order to take on this once-in-a-generation cataclysm, we have to make a significant federal commitment to clean energy and zero emissions transportation.

In a letter recently sent to Congressional leaders, the landmark Transportation Electrification Partnership (TEP), which includes the Los Angeles Cleantech Incubator (LACI), for which I serve as president and CEO, and a coalition of 50 other organizations from 15 states, underscored that a comprehensive $150 billion federal investment in zero emissions infrastructure would help create 2.3 million high quality American jobs. These are jobs in zero emissions manufacturing, mobility, goods movement, transit and infrastructure. An investment of this size would also make more funding available for job training and support startups, including ours.

Our coalition has grown with new members from across the country because they know how these types of proposals could spur investment in their states. We can build out new power lines connecting to solar fields in North Carolina, Nevada or Arizona. We can also help communities transition to electric vehicles and build charging stations across cities in Michigan, Ohio or Tennessee. We can support zero emissions transportation startups in our leading American cities and make the U.S. a top leader in electric transportation, while creating jobs and protecting public health with cleaner air.

TEP was originally established as a private-public partnership focused on accelerating transportation electrification in the Los Angeles region by the time we host the 2028 Olympic and Paralympic Games. Our region is home to the two busiest container ports in the Western Hemisphere, and one of the busiest origin and destination airports in the country, with some of the most innovative manufacturers and with the most consumers of EVs.

Our partners in the TEP, which include Los Angeles Mayor Eric Garcetti, BMW, Southern California Edison, Proterra, IBEW, LA Metro and many others, put forth this national proposal based on our experience executing on bold visions to build for the future.

The ideas are out there, and the consensus, which has been growing for years, is clear about the positive economic and job creation impact of replacing our crumbling legacy transportation networks with a cutting-edge transportation electrification ecosystem. It has now reached a tipping point. A more comprehensive approach and broader plan is essential to recovery, innovation and American leadership.

Last month, the House Transportation Committee unveiled a nearly $500 billion green infrastructure bill, dubbed the INVEST in America Act, which includes major investments in EV charging stations, $20 billion for a national nonprofit accelerator for clean energy and other improvements that connect to TEP’s stimulus proposal. Transportation electrification is also a centerpiece of Vice President Joe Biden’s recently announced Climate Action Plan, and a component of the unprecedented and exhaustively researched House Select Committee on the Climate Crisis report, issued in June. The same is also true for the Moving Forward Act — the $1.5 trillion dollar transportation and infrastructure omnibus bill that passed the U.S. House of Representatives earlier this month.

Immediate investment in clean electric infrastructure will jumpstart our economy and put millions of American’s back to work building safe, sustainable and prosperous communities across our country. In doing so, we will also improve air quality and protect public health, which is especially important now, given that studies have shown breathing polluted air makes individuals more susceptible to viruses, including COVID-19.

Faced with an unprecedented global health crisis and unemployment levels not seen since the Great Depression, Americans are looking to their elected officials for true leadership and vision — not tinkering around the edges or rehashing old debates.

Matt Petersen is the president and CEO of the Los Angeles Cleantech Incubator (LACI). He served as the first chief sustainability officer of the City of Los Angeles. Matt is also the chair of the Transportation Electrification Partnership, he co-founded Global Green USA, and served as an advisor to the Clinton Global Initiative for 10 years.