March 24, 2019 Oped by Oregon State Rep. Paul Evans The federal shutdown brought destruction to our parks with brimming trashcans, overflowing toilets, and trespassers. Crater Lake closed because forest rangers worried that human feces could overflow into the lake. The eco-systems could take decades to repair. Oregonians understand that sustainability of our place and people depends on us – […] 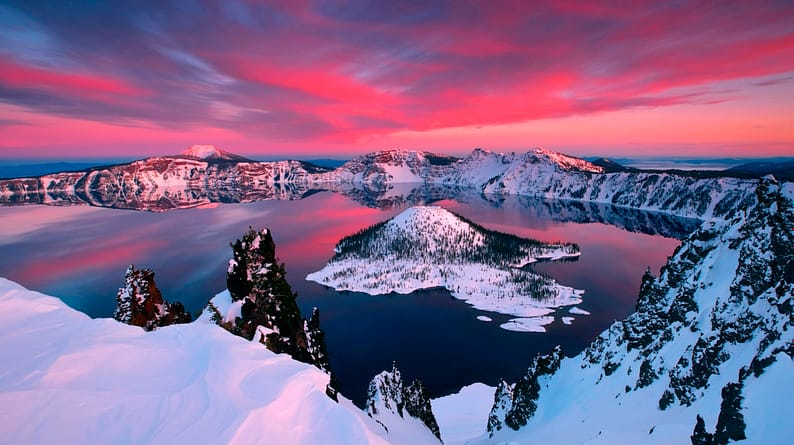 The federal shutdown brought destruction to our parks with brimming trashcans, overflowing toilets, and trespassers. Crater Lake closed because forest rangers worried that human feces could overflow into the lake. The eco-systems could take decades to repair.

Oregonians understand that sustainability of our place and people depends on us – all of us. We maintain a special relationship with our environment: it transcends ideology, party, and socio-economic station. That’s why I stand with the Elected Officials to Protect America’s Lands (EOPA). We are the only group of serving elected officials who are also veterans, dedicated to preserving and protecting America’s public lands for all. By doing so we are continuing the Constitutional vows, we take as veterans and elected officials, to preserve and protect our nation.

Last summer, 80 of us, signed and sent a letter to the Interior Secretary in support of reauthorizing The Land and Water Conservation Fund (LWCF). A week after we held congressional meetings with senators on Capitol Hill the LWCF funding bill, that had been languishing in committee, was approved. Recently the Senate passed sweeping conservation legislation which included LWCF funding. Now it’s the law of the land.

Last year Oregon, and our neighboring states, experienced some of the most devastating fires due to climate change. Even our air quality suffered from the Camp Fires in California. A federal and a UN report stated that if we don’t mitigate climate change there will be more catastrophic weather events. Bold action is needed now.

Our stewardship helps mitigate the effects of climate change by keeping our lands public for all to enjoy, and by keeping them out of the hands of polluting corporate interests.

Over the past 40-plus years, the LWCF program has provided more than $3.9 billion in grants funding projects in just about every county in the country. In the Mid-Willamette Valley, the LWCF helped fund the Keizer Rapids Community Park Acquisition, the Stettheimer Park Skate Park, and the Champoeg Park Visitor Center projects, as well as hundreds of other projects throughout the State of Oregon. Since 2000, Oregon has received over $10,000,000 in grants from the LWCF enabling millions more in leveraged programming. Simply put, these projects would not have been possible absent LWCF support.

Our public lands serve as a place where families can camp, fish, swim, sail, hunt, and enjoy the outdoors. Being able to enjoy our public lands for free or very little cost brings us closer to true equality. Seeing them close because of the shutdown told us the Trump administration doesn’t care about us.

Now, I’m worried because the President’s nominee for Interior Secretary, David Bernhardt, is an ex- oil lobbyist with deep ties to corporate polluters. In a year and a half, Bernhardt has made his mark on public lands by reversing key Obama-era climate change policies, and more recently, prioritizing oil and gas drilling at the expense of furloughed government employees. He has helped narrow habitat protections for endangered species, and is pushing California to divert more of its water from conservation.

Bernhardt’s has too many conflicts of interest and his recent deeds clearly show his loyalties are not with the American public. He should never be appointed. Our national treasures and must be managed with care under the leadership of someone who will defend and uphold the integrity of the Interior Department.

Protection of our air, lands, and waterways is a shared responsibility. As a home-grown Oregonian, as a state legislator, and as a veteran I believe it is our duty to stand up for future generations. Over the past few years we have taken steps to increase access and affordability to our natural spaces.

One of the rights we veterans fought for is the freedom of access for all Americans to our public lands. Any Interior Secretary should uphold the agency’s mission to protect our public lands while upholding the Constitutional vows they take. We must keep Bernhard from stealing our birth right to access America’s public lands.