Newsom is shadow dancing, it’s time he lead the fight against climate change September 2, 2020 By Sarah Heins Sacramento, CA- In the midst of this unprecedented public health, environmental, and economic crisis the need to move away from fossil fuels has never been clearer. In California leaking oil and gas wells have been poisoning communities — putting the lives […]

Newsom is shadow dancing, it’s time he lead the fight against climate change 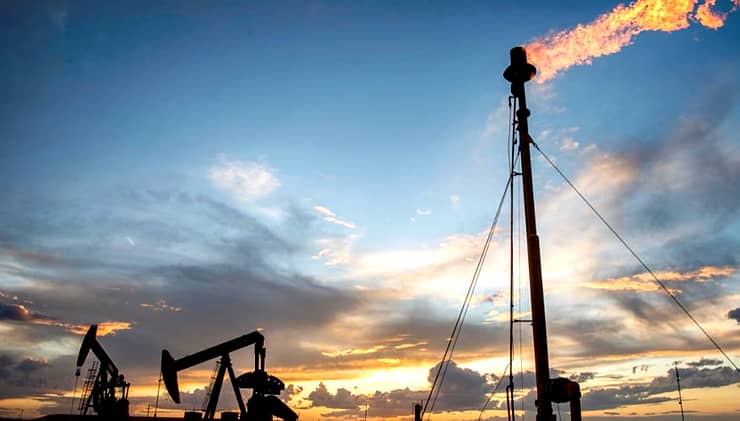 Sacramento, CA- In the midst of this unprecedented public health, environmental, and economic crisis the need to move away from fossil fuels has never been clearer. In California leaking oil and gas wells have been poisoning communities — putting the lives and livelihoods of millions at risk. But is not just the toxins these wells emit that are of concern, they also release the most potent greenhouse gas — methane.

During the Obama administration, Environmental Protection Agency (EPA) regulations were put into place that targeted three major sources of greenhouse gases: carbon dioxide emissions from cars and coal-burning power plants, and methane leaks from oil and gas wells. The coal power plant regulations were rolled back in 2019 and the automobile emission rule was rolled back this past spring. With the Trump administration rolling back existing methane regulations they’ve completed their trifecta, a recipe for fueling the climate crisis.

Elected Officials to Protect California (EOPCA) have been warning the governor about the danger of fossil fuels and the massive risks of leaking oil and gas, and yet little has been done.

“I’m proud to serve as Co-Chair of Elected Officials to Protect California, where more than 300 of us signed a letter to him to take action to halt permitting, put safety zones around existing wells and to phase out fossil fuel production once and for all,” said Meghan Sahli-Wells former Culver City Mayor, and current Councilmember, Elected Officials to Protect California Co-Chair. “We delivered the letter to his office in Sacramento on Valentine’s Day, and have yet to receive a response from him personally. The proper response, in my view, is for him to take action on our points. Is it too much to ask to protect the health and wellbeing of Califonaian citizens with logical steps?”

The lives and well-being of millions of Californians are at risk and still his pledges remain empty. Governor Newsom promised to phase out all oil and gas wells and completely transition to renewable energy sources by 2045. Californians haven’t seen enough tangible results from his administration. Granted the Newsom administration is suing Trump, with other states, over the various rollbacks, granted the governor issued rebates for electric vehicles, but his administration started issuing fracking permits in April after a brief moratorium and continues to prop up the oil and gas industry. Newsom ran his gubernatorial campaign on ending fracking, yet 48 new permits were issued this year.

During his Democratic National Convention speech Governor Newson proclaimed that “Climate change is real.” He sees it in his own state as devastating wildfires burn the state to the ground. He advocates that action needs to be taken. Near the end of his speech Governor Newsom claimed that “It’s our decision, not our conditions that will determine our fate and future.” With the Trump administration’s recent methane rollbacks and his state being set ablaze, now is the time for him to keep his promises.

“I’m tired of Governor Newsom saying he’s a climate change leader, when he won’t even establish minimum setbacks surrounding oil and gas wells. The biggest oil producing states have, why is he shadow dancing with Trump?” said San Obispo Mayor and EOPCA Steering Committee Member Heidi Harmon. “While he’s suing over some of the rollbacks, with other states, he’s set California back from achieving our clean energy goals by issuing more fracking permits.”

A Cornell University ecology professor, Robert Howarth estimated that shale oil and gas production in North America accounted for one-third of the total global increase in methane emissions over the past year.

Just last month NASA’s Jet Propulsion Laboratory, which uses airborne sensors to track methane sources, informed the Los Angeles Department of Water and Power (LADWP) of a methane leak coming from their Valley Generating Station. But this was not news to the utility company as director of power supply operations, Norm Cahill, said that the plant has been leaking about 10,000 cubic feet of methane every hour “for the last couple years.” Over the course of a year a leak at that rate is approximately the same as the emissions from 30,000 cars.

The LADWP downplayed the leak by comparing it to the disastrous 2015 Aliso Canyon leak which forced a nearby suburban neighborhood to evacuate. Granted that leak was horrific but it was resolved in four months. This LA leak has been going on, with the utility company’s knowledge, for over a year. Even after NASA detected their leak, a city power official said they do not plan on trying to resolve the issue until November.

The health effects of living, working, or learning near leaking oil and gas wells have been well documented. It increases air pollution, can cause major health issues, and poisons groundwater, an incredibly precious resource. Now, after the most recent retraction of Obama era methane regulations, the threat has extended far beyond just those in close proximity to leaky wells.

According to Andrew Wheeler, the current head of the EPA and a former coal lobbyist, eliminating this rule cuts “burdensome and ineffective regulations for our domestic energy industry.” In order to justify this rollback Wheeler pointed to EPA data showing that methane leaks have stayed steady during the past decade even as fracking and other factors have allowed oil and gas production to boom.

However, many scientific studies contradict these claims, stating that the EPA’s testing methods are massively inadequate. Approximately 80 percent of papers on methane leaks from oil and gas wells in the past few years have found that the actual quantity of methane leaking is two to three times higher than the numbers the EPA estimates. According to the EPA between 2014 and 2018 oil and gas wells emitted about 7 million tons of greenhouse gases a year. Two scientific studies, one published in 2018 and one from earlier this year found that in 2015 and 2017 about 13 millions tons of methane were emitted from leaking oil and gas wells- the equivalent of a year’s worth of carbon dioxide emissions from every coal-fired power plant in the country.

“Killing the methane emissions rule also blocked a legal requirement for the EPA to extend the rule to cover equipment installed before 2015. The EPA can’t get away with this deliberate breach of the law, I expect there will be legal challenges,” said Monica Brown, Supervisor, Solano County, and signatory of the Elected Officials to Protect California letter to Newsom.  “Methane is a potent greenhouse gas, over 80 times more powerful than carbon dioxide in trapping heat in the atmosphere over a 20-year period. This roll back is dangerously reckless. We know methane emissions are increasing rapidly, and the oil and gas industry are at the root of the problem.”

This most recent environmental rollback further props up a failing industry. Prior to the pandemic the fossil fuel industry was already in turmoil. Having started 2020 near $70 a barrel, oil plunged below $25 as storage tanks neared capacity and the price of U.S. oil futures even briefly sank below zero. It seems that oil has lost its place in the market. It’s an unreliable source of energy and provides no economic stability, whereas clean, renewable energy sources are financially consistent and are not toxic to public health. As the country tries to recover from the worst recession in years, our federal government is moving in the wrong direction.

California’s biggest oil driller declared bankruptcy.  Four major pipelines have gotten the axe. Exxon Mobil got booted from the New York Stock Exchange in favor of a technological company. Over 100 economists have called for an end to the carbon economy. According to Forbes, with a transition to 100 percent clean energy, energy investors will see boosted value and new opportunities to innovate.

Our current federal administration is supporting a failing industry, an industry poisoning millions of people and making our planet uninhabitable. Massive human migrations are predicted. Governor Newsom knows this, he acknowledges that there is a problem, and that our decisions now will make all the difference to our future. EOPCA wants him to do more than just say the right thing, the people they represent, the same people Governor Newsom represents,  need him to act now — before the fire of climate change overtakes us.