By Mark Allison / NEW MEXICO WILD EXECUTIVE DIRECTOR Published in the Albuquerque Journal: Wednesday, January 16th, 2019 I write, we are now in the longest government shutdown in American history. A recent study by WalletHub determined that New Mexico has been hit harder by the federal government shutdown than any other state. The shutdown is particularly problematic for the state’s outdoor […] 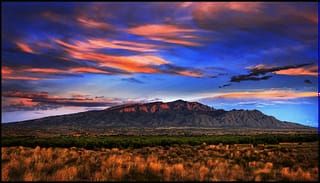 I write, we are now in the longest government shutdown in American history.

A recent study by WalletHub determined that New Mexico has been hit harder by the federal government shutdown than any other state. The shutdown is particularly problematic for the state’s outdoor recreation economy, which generates $9.9 billion in consumer spending annually and directly employs 99,000 New Mexicans.

New Mexico’s public lands are threatened by this shutdown, as is the public’s safety. The reduced or absent oversight and law enforcement increases the likelihood of incidences of vandalism, destruction of historic and cultural resources, and harm to fragile ecosystems. New Mexicans are rightly concerned and saddened by this. They are also upset that their access to public lands is being limited. This predictable reaction underscores how much we as New Mexicans value our natural heritage and our public lands.

Some public lands in New Mexico remain open during the shutdown, yet those that are managed by federal agencies, such as the National Park Service and the Bureau of Land Management (BLM), are severely understaffed due to employee furloughs, meaning the agencies cannot provide the usual level of service and oversight.

New Mexico Wild is calling on members of the public to help document the federal government shutdown’s impact on our public lands and wild places. Individuals are encouraged to post photos and updates on public lands they visit to social media using the hashtag #OpenNMLands. The posts should tag @nmwilderness on Facebook and Instagram, and @nmwild on Twitter. New Mexico Wild will use the images and testimonies submitted to update the public on the conditions of public lands throughout the shutdown. Those who do not use social media may email their photos and stories to news@nmwild.org.

Additionally, we have launched a government shutdown website the public can use as a resource to stay up to date on how the shutdown is affecting New Mexico’s public lands. The website will be updated as more information is gathered. The public can go to http://www.nmwild.org.

Federal employees are dedicated public servants, and they deserve our respect and support. They want to carry on the important work of protecting our public lands, but they are being told not to show up for work. To show our support, we are offering federal government employees who have been furloughed due to the shutdown a free, one-year membership to New Mexico Wild.

And while the public is being prevented from enjoying their public lands, we’ve learned that the BLM continues to process oil and gas leases on public lands during the shutdown, all while not responding to public records requests. New Mexico Wild believes that this action is illegal and is calling on the Department of Interior to postpone oil and gas lease sales and the issuance of drilling permits until the BLM can conduct legally compliant environmental reviews, and resume regular comment and protest periods.

Meanwhile, a public lands package with nearly unanimous support was reintroduced in the United States Senate on Jan. 8, including eight new wilderness areas totaling 241,067 acres within the Organ Mountains-Desert Peaks National Monument in Doña Ana County and two new wilderness areas totaling 21,540 acres within the Rio Grande del Norte National Monument in Taos County. The 116th Congress should quickly pass the bipartisan lands package and send it to the president.