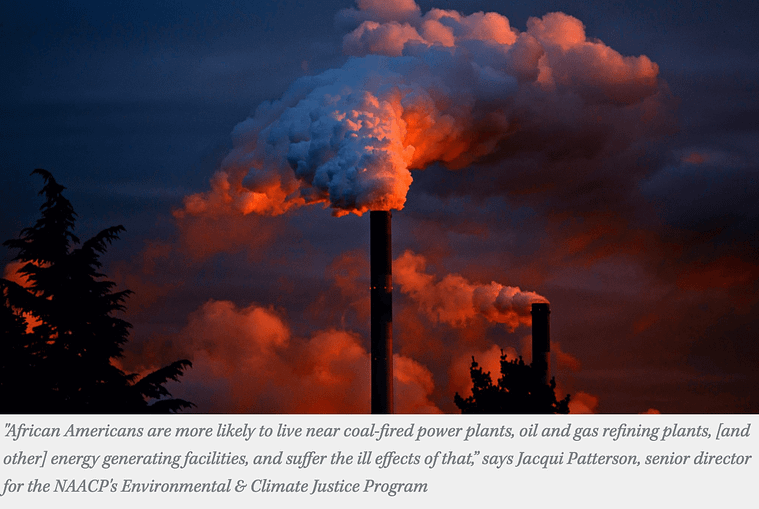 (Reuters) – If your neighborhood was among the most polluted in 1981, it probably still is.

Likewise, the least polluted areas are still faring the best, according to a study published on Thursday in the journal Science that analyzed concentrations of fine particulate matter over more than three decades in the United States.

Overall, pollution from fine particulate matter fell about 70% between 1981 and 2016, the study found. In that time, air quality has improved dramatically across the country thanks to tighter air quality regulations, cleaner vehicles and fewer coal-fired power plants, experts have found.

But the communities most exposed to higher levels of pollution remain the same, the study found. That suggests the United States is falling short on its decades-long policy goal of reducing the disproportionate level of exposure to environmental hazards faced mostly by low-income communities of color.

“Disadvantaged communities remain persistently exposed to higher levels of air pollution,” said study co-author Jonathan Colmer, an economist at the University of Virginia. “This was true in 1980, it was true in 1990, 2000, 2010, and so on.”

The study comes four months after the Trump administration rejected a recommendation from scientists at the Environmental Protection Agency to tighten air quality regulations, arguing the current standards are adequate for protecting human health.

Democratic presidential candidate Joe Biden, meanwhile, has pledged in a $2 trillion plan to combat climate change that environmental laws and policies should benefit the health of all citizens equally. That concept, known as environmental justice, would be served by directing clean energy spending toward communities in the shadows of refineries and power plants, according to Biden’s campaign.

Colmer’s research focused on airborne particles that are smaller than 2.5 micrometers in diameter, which are small enough to penetrate deep into the lungs. These particles can include dust, soot and smoke.

Prolonged exposure to PM 2.5 can raise a person’s risk of health problems like respiratory diseases and cancer, research shows. Higher levels of PM 2.5 are also linked to lower levels of productivity and wealth.

“This paper nicely shines a spotlight on the fact that these disparities continue to be large and that we ought to do something about them,” said Joshua Apte, an environmental scientist at the University of California, Berkeley, not involved in the new research.