Be a Californian climate champion 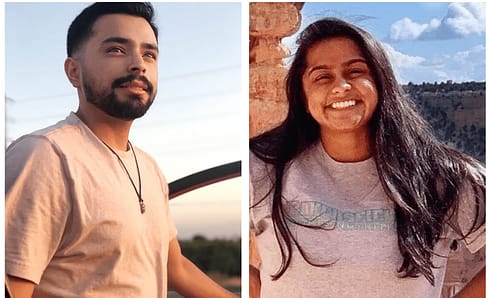 California’s youth climate activists have been working after school, between jobs, before and during the pandemic to organize support for Assembly Bill 345, a bill that would have established a minimum buffer zone between oil drilling and neighborhoods.

In solidarity with frontline communities, we sent letters, called our state senators and built power among youth activists determined to move California beyond fossil fuels.

When we heard our elected leaders condescendingly dismiss the lived experiences of frontline communities during the hearing, and disregard a body of scientific evidence about the health harms of living near oil and gas wells, we saw environmental racism in action. Democratic state Sens. Ben Hueso, Robert Hertzberg and Anna Caballero joined with Republicans and the oil lobby to turn on the communities they claim to defend when they killed the bill. Their failure to approve even the most modest regulation on oil and gas extraction is further proof that the fossil fuel industry has co-opted our state government.

Nearly 5.5. million Californians live within one mile of an oil or gas well — 92 percent of whom are people of color. These wells poison our air and water, releasing toxins and chemicals that are proven to cause severe respiratory and reproductive issues and increase the risk of cancer. With their vote, these senators left Black and Latinx communities more likely to breathe the fossil fuel industry’s pollution. Failure to protect communities from these harms is just another example of systemic environmental racism that runs rampant across California.

During the bill’s hearing, Sen. Hertzberg told environmental justice advocates — many of whom had helped write the legislation — to “do the homework.” Being poisoned with particulate matter from oil drilling in your own neighborhood is enough homework. And while Sen. Hueso called the whole proceeding “a waste of everybody’s time,” 79 percent of Californians disagree and want to see the state impose health and safety buffer zones near oil drilling.

Here in Kern County, it hits especially hard. Had these senators done their homework, they would have talked to Elvia, an Arvin resident who lives near oil and gas infrastructure. She told us, “They [the politicians] would vote faster if their families would be in danger. If people saw and understood our life, no one would be in support of oil near homes.” She said, “You would support us if you had this happen to your daughters, we are just asking for the same protection you would give your family.”

Joanna Gonzalez, Elvia’s sister, agrees. “Come live in my sister’s house for five years and let’s see how you feel, let’s see how your family feels,” she said. “Drink our water and breathe our air. You wouldn’t put your family through our pain. So why continue to put people in danger?”

Both political parties here in Kern are beholden to the oil industry and allow our communities that are predominantly Black, indigenous and Latinx to be sacrificed for the industry’s profits.

These are the stories — the people — that our state senators ignored. Senators told us it was the governor’s responsibility, not theirs. But public health and losing family members should not be acceptable collateral damage. It is shameful that we must now turn to the governor because our local decision-makers have failed us.

We — the youth of California — are calling on Gov. Gavin Newsom to step up and do everything in his power to protect Californian communities at the frontlines of an environmental and public health crisis. If our state legislators will not act, then our governor must. He has the executive power to require oil regulators to impose 2,500 foot health and safety buffer zones tomorrow. We are long overdue for Gov. Newsom to act in response to this climate and public health crisis. Instead, he has issued 48 new fracking permits during shelter-in-place.

Now, we demand that Gov. Newsom finally acts like the climate champion he claims to be. Together, we are calling for him to stop issuing any new fracking and toxic drilling permits, drop existing fossil fuel extraction by phasing out production through a just transition and roll out the 2,500 foot setback we need to protect the places we live, work, play and pray.