In clean energy transition, military veterans play key role Oped by Dan Misch Dan Misch is a senior fellow with the Atlantic Council Global Energy Center and founder of the Veterans Advanced Energy Summit. Dan is a U.S. Navy submarine veteran and a graduate of the U.S. Naval Academy. Reliable access to affordable energy has been a primary driver in […] 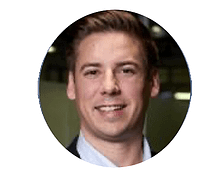 Dan Misch is a senior fellow with the Atlantic Council Global Energy Center and founder of the Veterans Advanced Energy Summit. Dan is a U.S. Navy submarine veteran and a graduate of the U.S. Naval Academy.

Reliable access to affordable energy has been a primary driver in the past century of economic growth that made the United States a global powerhouse. The energy grid is complex and critical infrastructure that is central to our way of life. For that reason, improving and protecting the grid is paramount to national security.

Many military veterans — who have spent their careers protecting our national interests — are now finding a new mission in the energy industry. These veterans continue to defend the country by applying both the technical and leadership skills that they gained in the military to the deployment and operation of smart grid technology at home.

In Illinois, we are seeing a unique partnership among residents and community leaders, nonprofits and the electric utility to explore how these technologies can be applied through what is being called the “Community of the Future.” In the Bronzeville neighborhood on the South Side of Chicago, these groups are partnering to implement electric vehicle mobility projects, renewable energy-powered streetlights and battery storage technology to enhance energy security through resilience and sustainability.

As our economy and society increasingly depend on reliable electricity, ensuring that the smart grid can serve communities’ diverse needs is a key component of energy security. ComEd — the electric utility serving northern Illinois, including Chicago — is installing the nation’s first utility-operated microgrid cluster as part of the Bronzeville Community of the Future.

The U.S. Departments of Energy and Defense have identified microgrids as providing added security and resilience to the national grid. A microgrid is a portion of the smart grid that can “island” during a disruptive event such as a natural disaster. Microgrids are being used to serve critical infrastructure like hospitals and military bases, as well as vulnerable communities across the globe. The Bronzeville microgrid, for instance, encompasses an area that includes Chicago police department headquarters and healthcare facilities.

Technology doesn’t make the future; people do. We need a new generation of thinkers and doers to make this a reality. The energy industry requires people with a deep understanding of engineering principles and leadership skills to make tough decisions when faced with ambiguity.

Military veterans meet this challenge because they have the needed skills to succeed and are driven by the mission of serving our country. The work that they are doing to deploy energy technologies like microgrids has the potential to both make cities like Chicago more resilient and strengthen their communities.

The development of advanced energy technologies in communities can also have important applications to the military. The survivability of military bases during a security incident is key to our national defenses, as well as the importance of energy supply chains when forward deployed. The military and civilian energy communities can learn a lot from each other by sharing practical lessons and technology, and veterans often act as catalysts for those exchanges.

We discussed topics like these during November in downtown Chicago at the Atlantic Council’s Veterans Advanced Energy Summit. The summit brought together nearly 200 veterans, active duty personnel, reservists, military spouses and energy professionals. The event addressed key energy sector developments, both domestic and global, enabled participants to engage with business, military and political leaders, and provided veteran job-seekers with new opportunities in the energy field.

The lineup of nearly 20 speakers included elected officials from both sides of the aisle, decorated admirals and generals, successful veteran energy entrepreneurs, U.S. government and private sector experts, and leading energy journalists. Drawing upon their careers and experiences, the experts discussed current energy market dynamics, advanced energy technologies and the impact of U.S. energy leadership on economic competitiveness, and national and global security. In partnership with the Atlantic Council, ComEd parent company Exelon sponsored travel scholarships that enabled 40 veterans from 17 states and the District of Columbia to attend the event.

A key theme of the summit was the role of veterans in the clean energy transition and the transferability of military skills to the advanced energy industry. In building on the summit’s success, the Atlantic Council has launched a new body of work — the Veterans Advanced Energy Project — which will include year-round programming to further showcase the importance of U.S. clean energy leadership to national security and military success.